Dec. 2014 Update: After extensive testing, I finally posted my hands-on review of the Vitamix S30. See that page for many more details about the pros and cons of the S30. 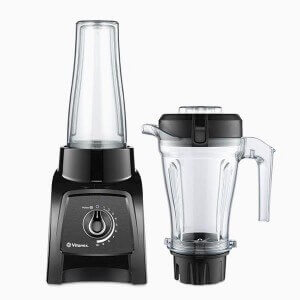 Vitamix just released a new model: the Vitamix S30. This is the most radically new Vitamix introduction since the early 90’s when they released the model that, with a few tweaks, became today’s 5200. The S30 seems to be inspired by the Magic Bullet/ Nutribullet: it is a compact size that makes one or two servings, and it has a blending container that doubles as a smoothie cup.

It seems Vitamix is responding to the idea that the traditional Vitamix models are overkill for some home kitchens. I personally enjoy having the glorious power of a Vitamix 7500, and I don’t mind the space it takes up on the counter, but I can see how a slightly more compact machine would be appealing.

Unlike all other Vitamix models, the blade assembly on the S30 is designed to easily unscrew from the container, which is what allows the 20-oz on-the-go container to work. The 20-oz container also has a travel-friendly sealing flip-top lid, and its bottom fits standard cup holders. 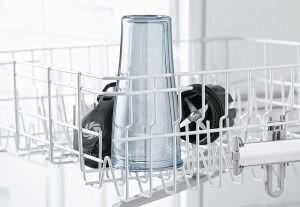 To go with its smaller size, the Vitamix S30 has a smaller motor than its bigger siblings. The S30 motor is rated for 790 watts, compared with 1380 and 1440 watts for the other Vitamix models. Smaller blending volumes require less power, but I wonder how the S30 will do with hard/fibrous ingredients. The other Vitamix models make smooth work of hard ingredients like whole nuts, kale stalks, and carrots. We will need to test the S30 to see how it handles these types of ingredients.

I am a bit surprised by the price-point of the S30. At $409, it is more than the Classic Two Speed, and barely less than the Classic Variable Speed (aka 5200). If you are concerned about price, you should look at the Certified Reconditioned models, which start at $299.

Is the Vitamix S30 worth buying?

If you typically only prepare food for 1–2 people and are put off by the size of the other models then the S30 is worth considering. The on-the-go container should be useful for some people. However, I would personally choose a certified reconditioned 5200 or 7500 (for a full description of all the other Vitamix models, see my Vitamix comparison page).

Compared to the other Vitamix models, the distinguishing features of the S30 are: