This past weekend I decided to try making bread using the Vitamix. I’ve been thinking about making bread for a long time, but I’ve always been a bit intimidated. I have zero experience with breadmaking. I decided to start with the simplest recipe in the Vitamix Whole Grains Cookbook. The basic premise is that you can grind the wheat berries to make whole grain flour, and then also use the Vitamix to do the mixing and kneading for you. I was very happy with how it came out, and it was very easy/straightforward.

I have a container with the dry blade, which has a slightly different shape from the wet blade, allowing it to circulate dry materials better. I’ve heard that you can grind flour with a wet blade, but that it likely will not come out as fine.

I’m sure there are a lot of tweaks you could make to this recipe, but it works well enough. The smell of baking bread, and then having the freshly-baked bread made it seem completely worthwhile.

Since I just followed the Vitamix recipe, and they conveniently have it on their webpage, I’ll link to it rather than copying the whole thing out (this recipe is identical to the one in their cookbook). You can find it here. 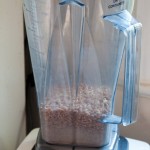 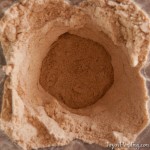 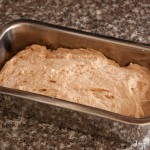 It took me about 45 minutes to get it into the pan, but that included stopping to take pictures and reading on the internet about proofing yeast. I bet with a little practice I could do it in about 15 minutes. Then it rises for ~20 minutes, and bakes for 35. The hardest part is waiting for it to cool before eating it. The Vitamix folks don’t comment on this, but some sources say that bread should be fully cooled before cutting into it. That said, it was too hard to resist, so we cut into it while it was still warm. I can’t comment on shelf life because we finished it the next day.

Update: This goes great with a Vitamix soup. Lately I’ve started playing around with making it into some simple croutons. I followed a Bittman technique from How to Cook Everything Vegetarian: cut bread into cubes and bake at 400 °F for 15 minutes, then shake/turn and bake for another 5-15 minutes.