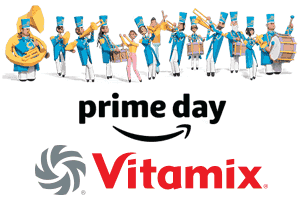 Update: The Amazon.com deals have expired, but the direct Vitamix.com ones are still going.

Prime Day is now one of the times of year when you can get a Vitamix for significantly less than the usual price. Previously the big Vitamix sales centered on Black Friday and Mother’s Day, but Amazon has created this third shopping season, and other retailers including Vitamix.com direct have followed suit.

Vitamix makes a ton of different machines, so it can be confusing to figure out which one to get. One of my specialties is studying the differences and helping people decide. Most people keep their Vitamix out on their kitchen counter for well over a decade, so it’s worth spending some effort picking the right one. Check out my Vitamix comparison page and my Ascent Series review for details on all of the different models.

Full disclosure: it’s in my interest for you to buy directly from Vitamix.com via one of my links. That cuts out the middleman, and gives me the highest commission. But in some cases you can get a better deal by ordering from Amazon, and on this page I will share those deals. If you order from Amazon via one of my links, you’re still supporting my work, just at a lower rate than a direct order. 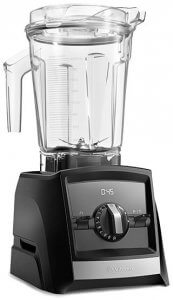 Get the A2500 if the Ascent Series features appeal to you. This model also comes with three presets on the dial.

If you don’t want the Ascent features, in most cases the one to get is the Recon Next Gen. Note that the Recon Explorian is $10 cheaper, but I think the extra build quality on the Next Gen and two more years of warranty is worth more than an extra $10.

At these prices, Vitamix might sell out of these models.

One other thing to consider is that both of these recommended deals come with a wide container. The wide container has a larger minimum blending volume than the narrow containers that come with the E310 and 5200. However, these prices are so low that if you find that you wish you could blend smaller amounts, you could order a smaller container and the combined cost would be pretty close to the non-sale prices. If I were ordering a smaller container right now, I would go with the currently discounted 48-oz Self Detect, which works with both of those models. The wide 64-oz container plus the 48-oz container is an awesome combination.

If you’re willing to spend more on a new model, you can get an extra container for just $50. For example, if you get a top-of-the-line A3500, you can get the narrow 48-oz container for $50. (Add them both to your cart to see the discount.)

This is the classic workhorse that Vitamix built their modern reputation on. It is extremely similar to all Vitamix machines sold between the early nineties and late aughts. It has a narrow container, which is good for small amounts, and it goes up to a full 64-oz capacity. For that reason, it’s the choice of chefs around the world. The only downside is that the container is pretty tall, and if you want to store it on the base, it will not fit under standard 18″ kitchen cabinets.

This one is just a great price. It’s a no-frills Vitamix. It comes with the wide container, but again, at this price if you wish you had a different container, you can just get an extra one, and still save. It comes with a 3-year warranty, which is shorter than any other Vitamix, but it’s hard to argue with this price.

This model is quite similar to the A2500. That is, it comes with container-detect, a digital timer display, and bluetooth connection to an app. There’s the possibility that Vitamix will release accessories in the future that are only compatible with these “smart” blenders. The only downsides are that it’s a tiny bit louder than the Ascent blenders, and the aesthetics of it’s base aren’t quite as sleek.

This is for muddling and making foams. It’s a pretty specific use device, but some people love it.

Which one should you choose?

Get the 5200 if you want to be able to make small to large blends without having to get a second container.

Get the Recon Explorian if you’re looking for the lowest possible price.

Please feel free to ask any questions about the different machines.

If you get a narrow-container Vitamix, I recommend getting a narrow spatula for scraping out your blends. I like this one. For wide Vitamix containers, I prefer this one.

If you want to filter nut milk or juices, you may want to get a filtration bag. I personally like unfiltered almond milk, but many people prefer it filtered. I sometimes use a filtration bag to make juices like carrot juice.